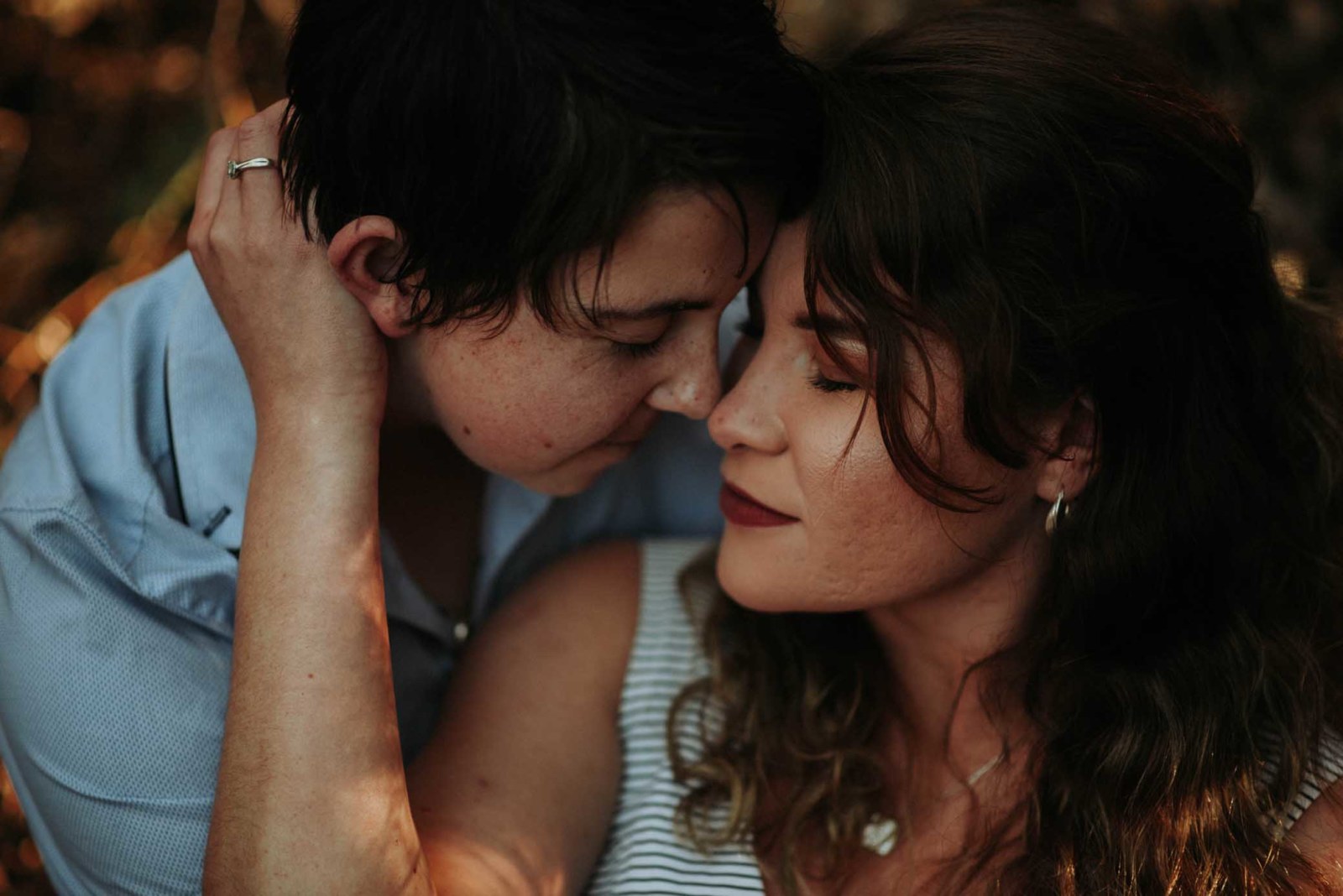 For some, a proposal is extravagant. For others, it happens in a spur of the moment when you’re out at dinner. The views of your favorite person and the Sydney Harbour Bridge are just the right amount of magic to pop the question. Amy and Nicole’s engagement wasn’t planned, but it was perfect.

When they aren’t playing soccer, you’ll find newly engaged Amy and Nicole either on the road exploring what’s around them or watching Netflix.

They met at high school and have been together for nine years, on and off. When they met at school, Nicole sat with Amy’s friend group. And it didn’t take long for the pair to figure out they’d met before, at a soccer match. Nicole had actually injured Amy in the game – it’s fair to say that their love grew from their shared love for the sport.

Their engagement story is a little different from others. It wasn’t something that they had really even spoken about. It had come up here and there but was never something either of them made a big deal about.

Amy and Nicole were out for dinner in Darling Harbour in Sydney. It was a place they hadn’t really spent much time. But as Amy looked up at the bridge and over to Nicole, she knew that it was the perfect place to ask, ‘will you marry me?’. It was an impulsive decision, and Amy was admittedly ‘very nervous’ in those moments leading up to the question. She was sure that her awkwardness had Nicole knowing exactly what was about to happen. Needless to say, there was a little extra magic in the air that night around Sydney Harbour. Nicole said, ‘yes’.

They went ring shopping together. Their proposal was in love, and not with a shiny ring. Side note: Amy admits her taste in jewellery isn’t so crash hot, so letting Nicole choose the perfect ring for her just made sense.

They’ve started planning their wedding day, loosely. Although Amy and Nicole know they want something that is quirky, fun and represents who they are as a couple, they haven’t been able to lock down those key vendors and ideas about what they really want for their wedding day. They plan to marry in the next year or two – but there’s no hurry.

Photography by Translucent Photography as a part of the #rainbowlove project.