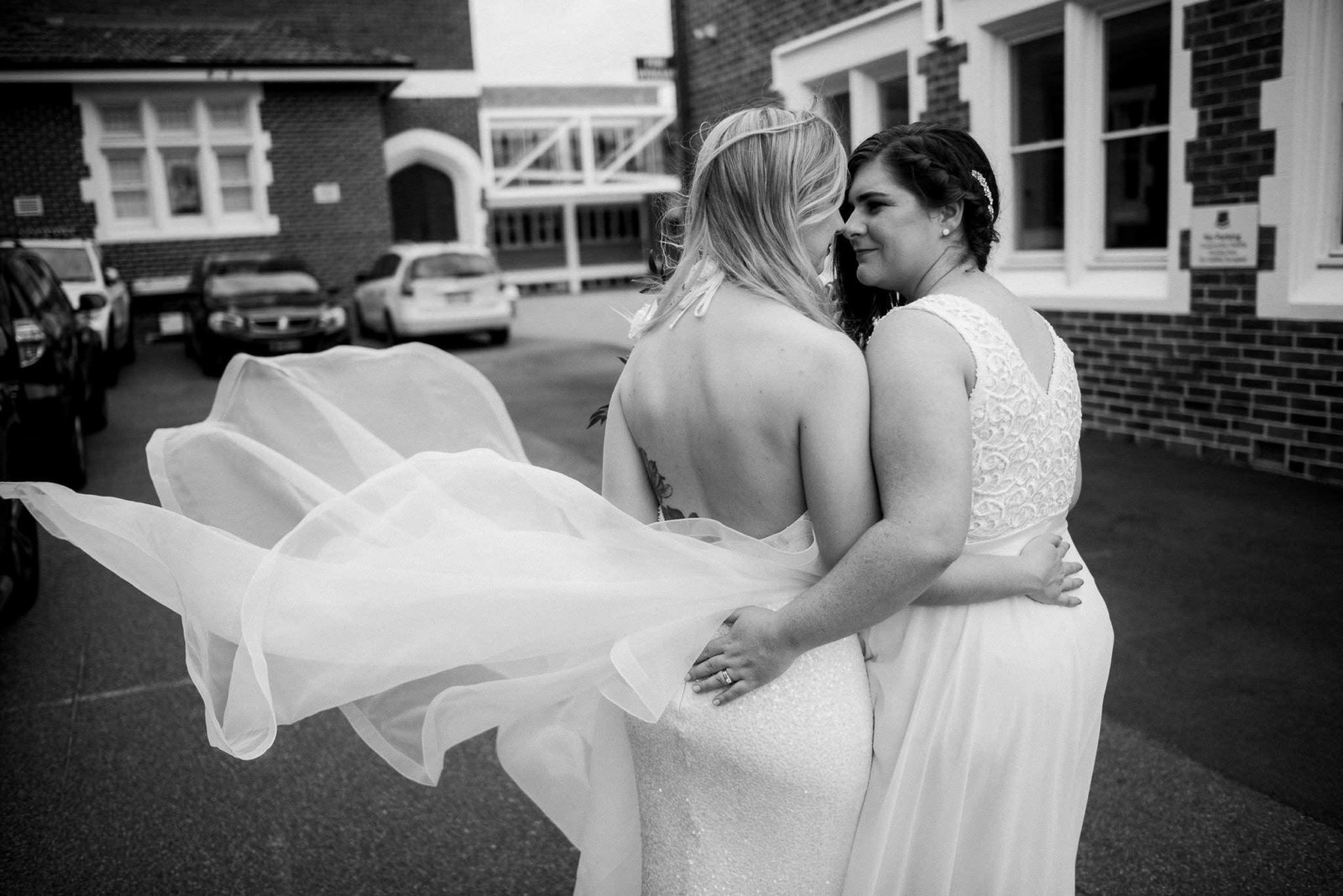 We were about ten days into our first big overseas holiday together. We were in Barcelona, Spain, and it was the day that Jazz had planned to propose.

She had been emailing a motorbike wine tour company for weeks about her plans to propose. She had arranged that while at the winery for lunch, we would be dropped off for dessert in the vineyard alone with a bottle of Cava (Spanish champagne) for about an hour so she could pop the question.

All the plans fell apart as it was raining, and the motorbike ride got canceled for safety reasons. Jazz was in a bad mood all day, and Cara didn’t understand why she was taking the wine tour cancellation quite so hard.

We tried to make the most of the day, and after dinner [which Jazz had booked thinking we would be celebrating our engagement], we went to the Magic Fountain of Montjuïc and watched a beautiful light fountain show.

After the show ended, Jazz suggested we walk up to the Disney-like castle at the top of the hill and looked around. She pulled out an iPad with a video she had made for Cara. It went for twenty minutes and was made up of short video messages from our closest family and friends wishing us well and telling cute anecdotes about our relationship together. The messages got more and more heartfelt, and at the end of the film, there was a shot of Jazz standing on our beach at home with a sign that read, “Cara, will you marry me?” Jazz then got out a fortune cookie that read that same message as well as an engagement ring.

We cried, laughed, and hugged for a few minutes as we reflected on what had just happened. Cara, of course, said yes!

We went out for a celebratory Cava afterward, and Jazz got to Cara all the details of how wrong her plan had gone and why she had been so quiet all day. Fortunately for us both, it ended up being perfect and unforgettable.

We were engaged for just over three years. It was important for our marriage to be legally recognized in Australia, so we waited until it was.

When we started planning our wedding we went through all the weddings we had attended together and made a list of everything we loved from each one. We then made a list of what we wanted included for our day together. This led us to decide we wanted something central in Perth and something outdoors where the ceremony & reception could all be in the same location. We wanted a venue that was already beautiful so that it didn’t need to be dressed up and decorated.

Cara’s mum works at Wesley College, a fairly prestigious boy’s school in Perth, and suggested for us to consider it. We were initially skeptical, but we both knew that the Jenkins Quad courtyard at the school would be perfect for our vision after visiting.

Our first date was the inspiration behind the styling, which was an evening at the Perth Fringe Festival. We wanted to recreate the evening.
We had Festoon lighting. A friend of ours made colorful bunting. We had a Gelato Cart, a Pizza Truck, and a Kombi Keg [a restored Kombi van with beer taps installed on the side] as our bar.

We wanted casual vibes with a fantastic and fun atmosphere. To make sure everyone had lots of fun, we booked a photo booth, hired lawn games, and went with a live band.

We wanted the ceremony to be really romantic but also have elements of humor and personality. We called it an’ epic celebration of love and commitment’ as that is what we wanted to create. Our celebrant, Kristy Wright, was absolutely amazing and made the whole thing go so smoothly.

We acknowledged the traditional owners of the land we were getting married on, which was very important.
It also felt incredibly important to acknowledge our families and, in particular, our parents. We had our families walk down the aisle and enter with the bridal party. Our celebrant also asked our parents to stand at the beginning of the ceremony to acknowledge them and show our appreciation.

We wanted to minimize the number of flowers we bought that would just be thrown away, so we purchased and potted the flowers for the tables the day before the wedding. Some people took some home, but most of them are now at our house. We made some care boxes for bathrooms and made some lamps from empty gin & rum bottles.

We also booked a late-night Uber Eats McDonald’s delivery, which was a huge hit.

Devon & Lexie – A Covid-Wedding in a Barn