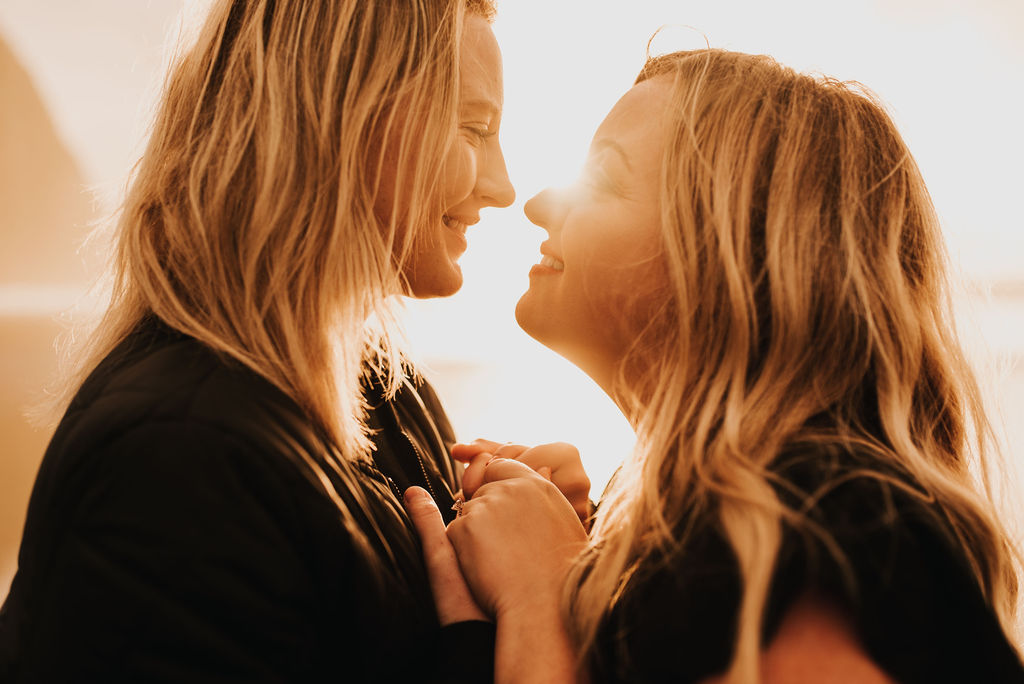 Shasta and Whitney will spend every moment they can together. Disneyland is their favorite place in the world, but if they aren’t there, you would generally find them exploring wineries in the summer and snuggling by the fireplace with their cat, Nala, in the winters.

Why is Disneyland their favorite place in the world? It’s where Shasta can wholeheartedly say, with every bone in her body, that she fell wildly in love with Whitney. They had been friends for a while but had always dated other people. Whitney watched as Shasta had her heartbroken over and over, and Shasta watched Whitney search for love in all the wrong places. It wasn’t until they found themselves both single at the same time that innocent kisses turned into a date to Disneyland that was filled with magic.

Whitney proposed to Shasta but kept it a secret. She had brought a ring in January 2018 but didn’t propose until the following September. Shasta knew it was coming, eventually. She was so convinced that on a trip to Oregon Zoo, she really thought that Whitney had organized to have the elephant walk out with a sign that said ‘marry me?’ – that didn’t happen.

Shasta’s ring was a custom design by Joe Kassab. A solitaire diamond on an eternity diamond band. Whitney got her dream ring, too, a solid black band.

Their engagement means the world to them. For Shasta and Whitney, it has been a hard fight to be accepted. But being engaged moves them one step closer to spending every waking second committed to one another.

Wedding planning has started. Their theme is all Black. Since their new last name will be Black, with their wedding hashtag being #becomingmrsblack. It’ll be a small classic and intimate ceremony in the wine country of Oregon.

Baylee Dennis was the photographer that they fell in love with, and after their engagement session, there was no question. Good Seed Floral, who Whitney describes to have a romantic, magical talent in their fingertips, will bring the moody black theme to life. Meyer and Market are custom designing invitations, a wedding website, and signage.

Shasta and Whitney will marry in August.

Chrissie & Megan – An Urban Melbourne Wedding on a Budget