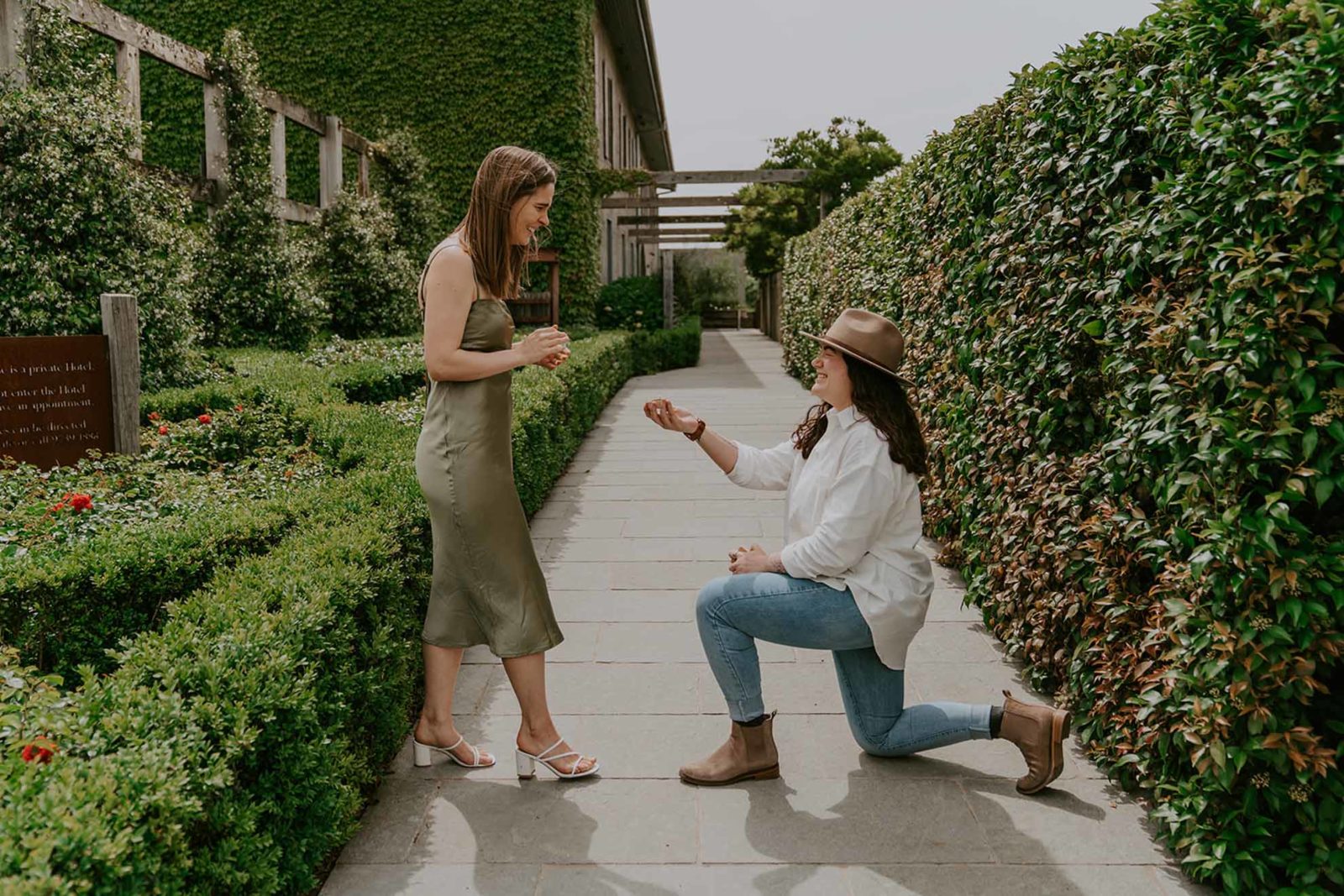 Ailish and Lauren have been together for just shy of two years (approximately ten years in lesbian years). They first met while using the LGBTQ+ dating app, Her

They weren’t really using the app to find a serious relationship as they were both new to dating women and just wanted to start branching out into the LGBTQ+ scene.

That plan lasted all of five minutes when they got to talking and realized how effortless and deep the conversation quickly became. Ailish matched with Lauren but believed Lauren to be way out of her league. However, she initiated the conversation anyway. Asking about her dog, which could be seen in one of the photos on her profile. Ailish was shocked by how great a conversationalist Lauren was and everything they shared in common.

Lauren was surprised by Ailish’s empathy early into their conversation when she diverted the conversation to their love languages.

She was taken aback when Lauren, by sheer coincidence, quoted her favorite line from her favorite book at the time to her. She knew then that this would be a relationship that would forever change her.

At the time of the meeting in March of 2020, COVID was beginning to result in lockdowns that lasted much of the year in Melbourne. As Lauren was closeted at the time, they did not meet in person for five weeks. Eventually, with restrictions considered, they were able to meet under a rotunda within a park that was between both their houses. Ailish was late because she was so nervous. She panicked over parking and ended up parking far away, having to walk quite the distance to the location. Lauren thought she was being stood up. Ailish made it to the rotunda first as Lauren had to change locations because of Ailish’s parking. As Ailish saw her walk across a bridge toward her, she struggled to put the emotions she felt at that moment into words.

When they first started talking, Ailish worried Lauren was not a real person and even perhaps a case of catfishing because she had limited social media and maintained a veil of mysteriousness. Ailish’s friends were skeptical of this person who seemed too good to be true.

On that day when they met under the rotunda, which also happened to be on “National Lesbian Day” (which was absolutely not intentional!) Ailish was finally sure the woman of her dreams was real. She will never forget the feeling of Lauren’s heart beating out of her chest against hers. She knew that day she would marry her.

Lockdowns continued, and Lauren and Ailish did not see each other for more than nine weeks at one point in the year despite living in the same city.

Lauren came out, and both their families are wholly supportive of their relationship and have been very fortunate with the support they have around them.

Lauren and Ailish agreed that they would like to get engaged one and a half years into their relationship based on their shared goals and timelines for the future. Ailish wanted to be the one to plan the first proposal. So, she started to work on logistics while Lauren remained unaware.

Lauren had requested the proposal be intimate and authentic to them both as a couple. Ailish then decided proposing at a winery would be the perfect location.

Originally, Ailish planned to propose at a picturesque garden and hire a photographer to capture the moment. But Lauren’s hayfever and seasonal asthma derailed that plan immediately.

Ailish hired Emily from Emily Howlett Photography, who she found through the Dancing with Her directory.

It was hard to keep the proposal a secret from Lauren as her work is quite demanding, and she would need to take leave for the day. So she knew the proposal was happening but remained in the dark about where and what it would be.

On the morning of the proposal, as Lauren knew it was coming, she joked, “don’t get mad at me if I don’t cry when you propose.” As soon as Ailish got down on one knee and saw the ring box, she burst into tears, and Ailish couldn’t help but laugh.

Lauren kept talking about the ring box but had said nothing about the ring, which Emily found strange and was funny at the moment. It was because Lauren had helped design her ring, so it wasn’t a surprise. Ailish, however, had the ring box engraved with the words “just like literature.” She was famous for saying to friends regarding relationships, “if it’s not just like literature, I’m not interested.”
The saying means a lot to the couple.

Lauren proposed back to Ailish on the 19th of December 2021.

She organized for them to set out on a Mystery Picnic in the Macedon area. Which led them to solve clues to find artisan vendors to collect items for a picnic. The picnic ended at Hanging Rock winery, where Lauren surprised Ailish by placing her ring in the middle of the picnic spread.

Dancing With Her Recommended Vendor
Photography by Emily Howlett Photography

You’ll find Emily in our online directory of inclusive wedding vendors from around the world.

Janeth & Mayra – A Mayan Wedding in Cancun with Two Brides