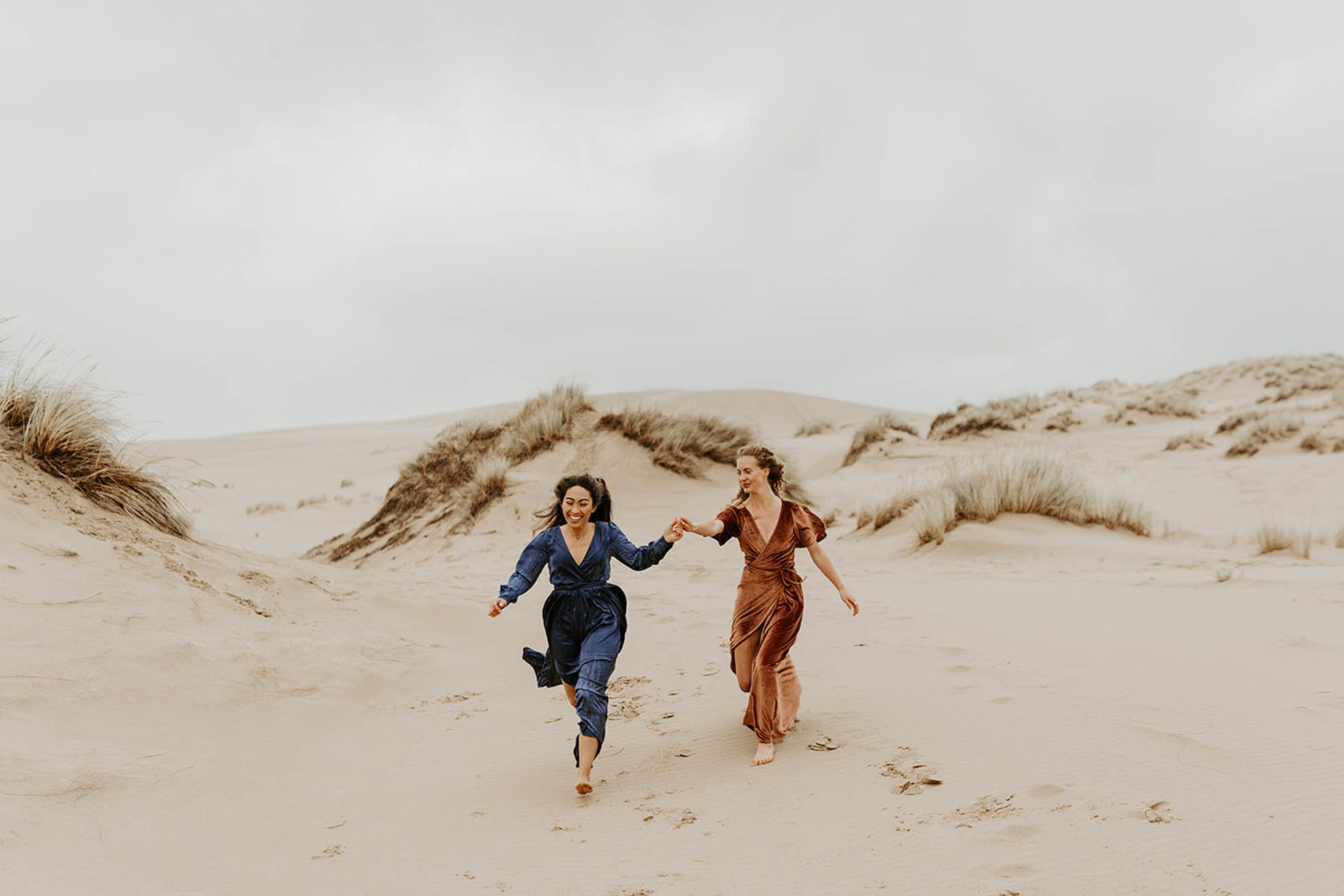 My love and I met in kindergarten! Payton was shy and quiet, and I was loud and rambunctious (we still fill these frames at times). I always wanted to be friends, but she was scared of me. Who knew what would come to be later on. I eventually moved away in first grade. So we did not see each other again until junior high school and were immediately drawn to one another.

We were both too young at the time to understand what those feelings were. But I remember always saying, “I want to be closer friends.” Not realizing I meant that I wanted to be more than friends. There was just this mutual and every growing feeling between us that was so special and it is still an ignited spark to this day, nearly a decade later.

Our story isn’t necessarily traditional. We were both raised in conservative homes and faiths, so we “knew” that whatever it was had to end. It wasn’t right… Or, so we had been raised to believe. There were countless nights of tears, internal battles, seeking, and trying to “pray the gay away.” Both our feelings and faith only grew stronger.

It took almost ten years to come out to our friends, finally. Then our family, then the rest of our little corner of the world and it wasn’t easy. It was one of the hardest things we’ve ever done. But there is so much freedom, trust, love, and faith in the process. Especially in owning your truth! We have come to the awakening that you can be with the love of your life AND love God with all you are at the same time!

We are a testimony to that myth and live it out every day. Sharing our story with others is so important to both of us because far too many people feel excluded from the Lord if they live the way we do, based upon what religion has had to say about it. After going through our own personal journey, we have a light that we want to share with others to also ignite them and remind them just how loved they are!

Photography by Venture To Elope

Losing Everything, Only to Rebuild and Fall Deeper in Love

Coming Out After Marriage to a Man, & a First Date with a Woman